skip to main | skip to sidebar

Very basic guide to shale gas...
To labour the point, Sandstone  has good porosity (lots of little bubble of oil, gas or water) and ALSO good permeability (the gaps between the grains of sand are all connected together so oil, gas or water can flow through the rock, like water through a water filter) 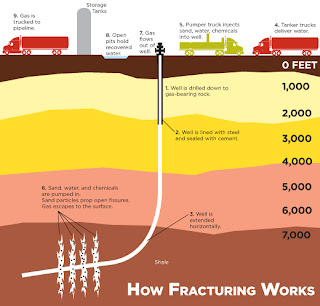 Mark
28 years working in oil exploration and 10 years managing an oilfield consultancy. BSc From the Open University is 2000 Diploma in Economics 2010 (OU)